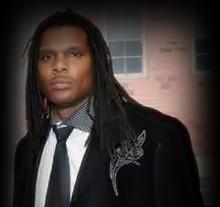 "Very much underrated but knows how to keep working and you never know who's big Stage you're going to find this guy"...  Jethaniel Nixon

I am not your average musician. I play numerous instruments, including the guitar, drums. I believe playing music was my destiny. I fell in love with the sounds of the bass when I saw the reaction from the crowd and how it moved people. The bass is the heart of all great music.

A drummer at age five, Willie O. Lemons III known to many as Koot switched his focus to bass after hearing Stanley Clarke's Lopsy Lu. After receiving a bass for Christmas, he taught himself the rest of the songs on Stanley Carke's Epic recording note for note. He next sought out material by Larry Graham, Bootsy Collins and Louis Johnson. During junior year of high school, his studies with Julius McCullough enabled him to gain greater popularity in this area.

Willie has also opened for Marcus Miller, Living Colour and played with the House of Soul band at Club Brave New World, which featured such Artists as Lina, Allure and N'Dambi. Willie has performed all over the world with the Department of Defense D.D.U. Top 40 band. The band toured throughout Europe performing for American troops stationed in Germany, Austria, Italy, Greece, Spain, Philippines, Honduras, Panama and Singapore. Willie worked as first call session bassist for Justice Studios, Philadelphia, Pa. and has been featured in Guitar Player magazine(1990) and also Bass player magazine(2016)